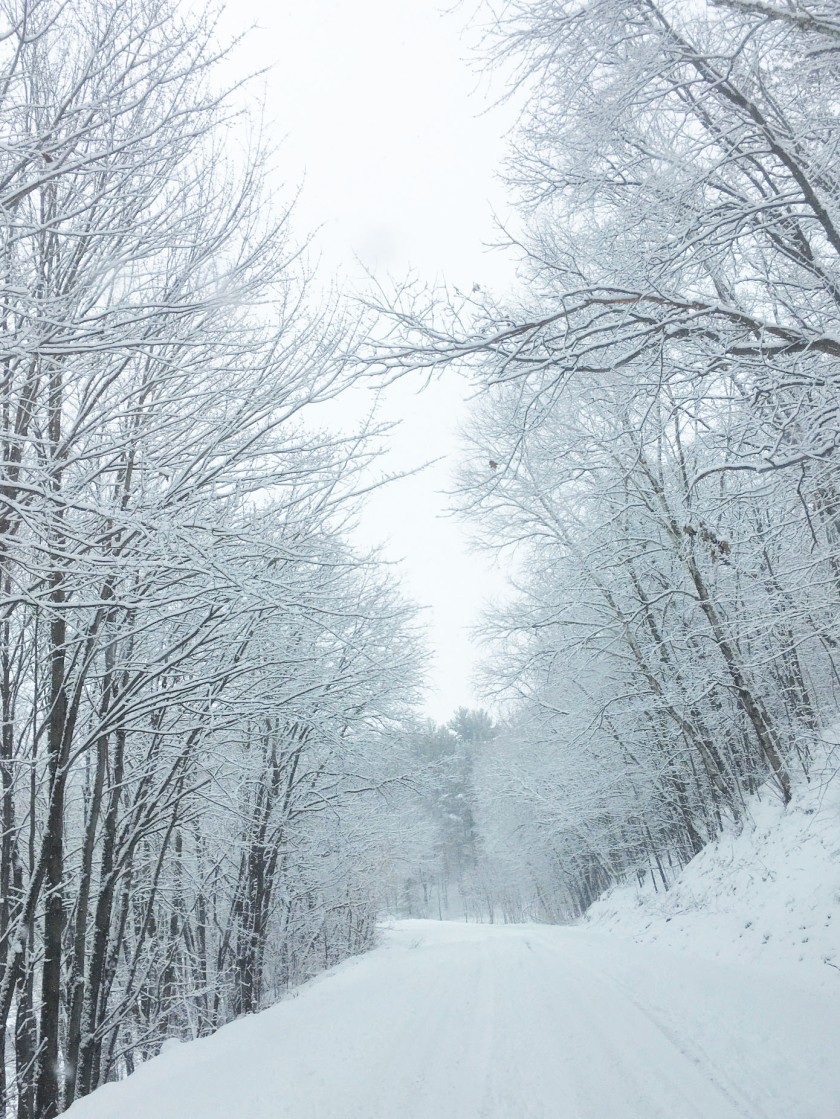 Parts of nature sometime seem impossible to paint in words.

I’ve often surmised that perhaps those things are meant to remain seen only by the eyes and then live in mind, spirit and heart – not meant to be hung on living-room walls or become part of some self-indulgent writer’s poetry. But there’s also the chance of that sort of thinking exposing me as being too willing to take the easy route when failing to describe one of the land’s offerings.

I recently considered that while gauging my struggle to describe what equals leaves on trees in December.

We all know the leaves bud and bloom to their spring and summer glory, and then change in autumn to their kaleidoscope of brilliant colors; then drop to the wood’s floor to join the duff in a decay that will feed the woodlot’s future. We know the tree branches to be bared and bald I winter’s chill.

But then, the morning after an early winter snowstorm, I look up to see leaves covering the trees in white splendor. The spirits had spent the night replacing the leaves of spring, summer and fall with leaves of snow that washed clean with glowing white the otherwise dulled branches.

The leaves-of-snow I’d come to know in other late autumns and winters hadn’t lasted long under the days’ sunshine, even on cold days. However, as had occurred on some of those other leaves-of-snow mornings, this crop of white leaves melted and re-froze into crystal leaves that sparkled under the bright sky.

The sparkled trees winked down at me with their many-faceted leaves-of-diamonds.

That day’s crop of leaves would disappear soon, I knew. Yet I also knew in my soul that similar crops of leaves would cover all the trees in our farmyard and all across this northern Driftless Area’s ridges and coulees. Time would turn the calendar, and this grand planet again would tilt its northern Driftless Area face toward the sun to bring about new spring buds and leaves.

Until then, though, I’ll happily commune with the trees covered in leaves of snow and crystals.

Truly, my mere words might never fully describe those wintered leaves just as my humbled being has been unable to describe so many things in our rural countryside. If that’s the case I’ll happily gather them with my eyes and rake them into my soul where, as with fall leaves in the woods, they’ll decay into the duff to nourish my being.

One thought on “Winter leaves”